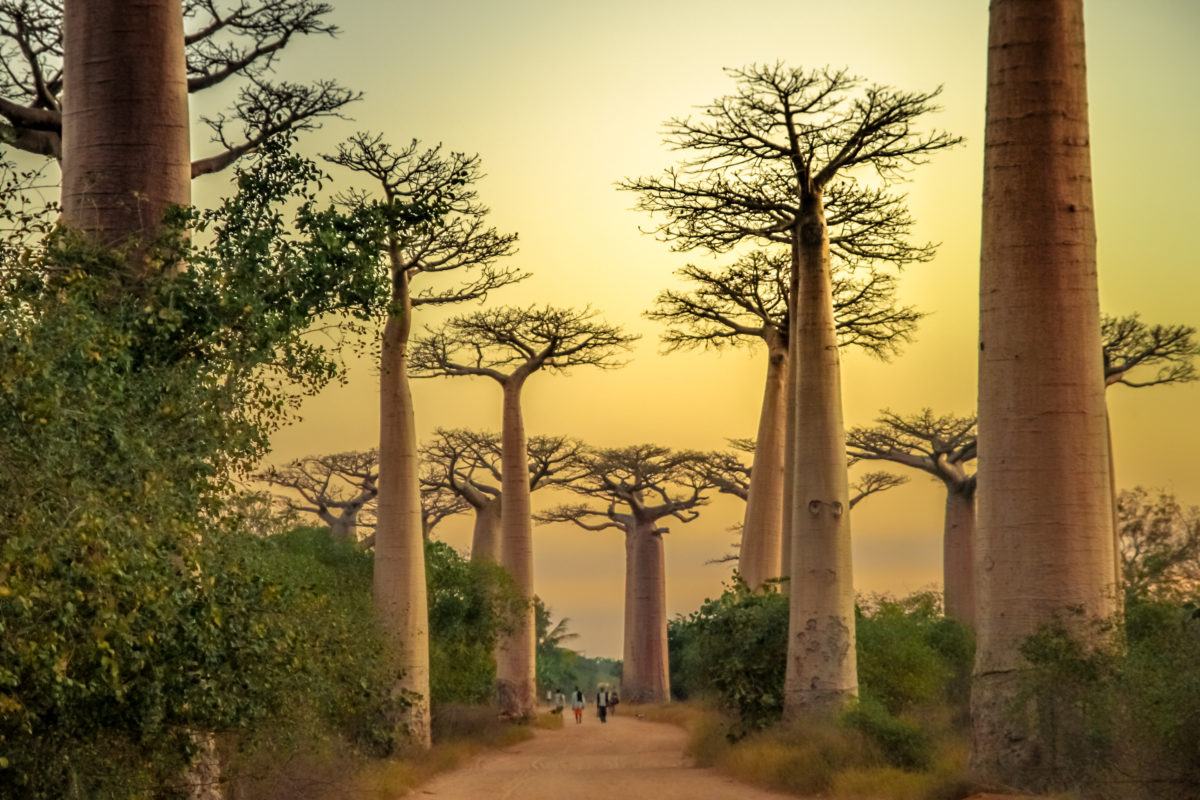 Nature shines in Madagascar. From the coastline of the Indian Ocean to the baobab trees, to the nearly 100 species of lemurs, this country’s uniqueness and beauty are unmatched. Welcoming people and a diverse culture only make going to Madagascar even more amazing. Despite its natural and cultural allure, however, Madagascar is a country in desperate need.

Drought has impacted more than a million Malagasy people in the south. Rivers, often the lifeblood of a village, are completely dry or so low the water barely reaches an adult’s knees. Stalled rainy seasons – rain that begins months too late and ends too soon – brings with it failed crops, malnutrition, and dwindling drinking water supplies.

In October 2017, U.S. Ambassador Robert T. Yamate redeclared a disaster in Madagascar for the fourth consecutive year because of drought.

Rainfall increased in November 2017, however, it’s a case of too little, too late. As a result of climate change, people are traveling more than four hours to water sources, like the Mandrare River, to fill plastic jugs and pails with water. Some people can’t complete the journey, so they scoop up muddy water – somewhat jokingly referred to as “chocolate water” – from potholes along the way.

And when weather emergencies do occur, such as flooding with Cyclone Enawo in March 2017, Madagascar’s poor roads make it difficult, if not impossible, to respond quickly. As a result, 100,000 people were affected, 183 were injured, and 50 died.

Still, volunteering in Madagascar is an excellent option for travelers who want a unique, meaningful trip, as the large island nation offers you a variety of impactful opportunities to get involved in the communities that welcome you. Use this article as your resource for choosing the right program!

Madagascar separated from the mainland of Africa roughly 160 million years ago. Its long isolation has resulted in entirely unique plants and animals. The island nation has attracted a wide range of peoples, making it incredibly diverse today. The first humans arrived about 2,000 years ago and were Austronesian. Arab merchants arrived around 1,000 AD, as did migrants from Africa. Madagascar continued to grow, and over time, other humans reached the island, including those from China and India. The country is a distinct blend of African and Asian cultures. Malagasy and French are the official languages of Madagascar. It’s advised to learn some Malagasy before coming, as it will be much appreciated by the local people and make your stay much smoother.

Types of Volunteering Opportunities in Madagascar

Volunteering in Madagascar is a popular choice for nature lovers and those who find the culture fascinating. The island nation faces serious challenges when it comes to poverty, hunger, environmental destruction, and access to quality education and healthcare. Fortunately, when it comes to volunteering, Madagascar has a number of options for service-minded visitors.

Conservation efforts are perhaps the most popular, with everything from beach conservation to outreach programs. With so many options for volunteering in Madagascar, you can find a program that matches your passion and skills quite easily.

A few more examples of popular volunteering projects in Madagascar include: IVHQ began in 2007, and since then, they have become highly respected in the industry, having sent more than 80,000 interns and volunteers abroad so far (and counting). The marine and forest conservation volunteer project in Madagascar is considered one of its top programs. A traveler’s tip: because of the remote location on Nosy Komba Island, use a backpack. It’s easier to get on and off the boat and climb to the cliffs where your hut-style accommodations overlooking the beach are located. IVHQ has numerous reputable volunteer programs on and around the islands of Nosy Komba and Nosy Be on Madagascar’s northwest coast, including: Founded in 1992, Projects Abroad is one of the most reputable names in volunteer travel, and has sent more than 120,000 people on meaningful trips. Volunteer in Madagascar with Projects Abroad and support communities in need. One of the most fascinating and diverse nations in Africa, the island of Madagascar puts you close to stunning rainforests and iconic wildlife, like lemurs, while also helping at an important project.

All projects in Madagascar are based in the small community of Andasibe. While you’re there, Projects Abroad staff will be available 24/7 to support you throughout your trip. Madagascar is a breathtaking country, renowned for its diverse plant and animal species. During your free time, you can visit wildlife reserves and see the endemic creatures that make this island so unique.

Imagine spending your days beneath lush, green canopies, crunching along forest trails, and identifying and researching the animals you encounter. When you volunteer for rainforest conservation, you’ll work alongside local scientists at an under-resourced national park. You’ll help keep the park running and do activities such as:

Volunteer with Children in Madagascar

Help village children learn to read, write, and count. Most of the children at the Projects Abroad Early Childhood Development Center are from disadvantaged families. Your role is to support their education and give them the skills they need to succeed at school. Tasks you’ll perform include:

Other volunteer projects in Madagascar to consider include a practical healthcare experience on a Public Health internship or teaching English and other subjects at local elementary or secondary schools. Learn more about volunteering in Madagascar. African Impact is a great volunteer organization that operates projects across 11 African countries, having served nearly 13,000 volunteers to date. African Impact has placed volunteers on responsible programs in-country for 10 years.

African Impact’s Lemur conservation program is one of the best of its kind. Head to Sainte Luce Reserve in southeast Madagascar, one of the country’s last remaining intact coastal rainforests, and take part in efforts to protect the habitat of lemurs, as well as other local wildlife and plants. During your trip here, you also will assist with community initiatives and environmental education to stem the tide of deforestation and loss of habitat, establish nurseries, plant saplings, and educate children about sustainable practices and plants worth saving. This project lasts two to 10 weeks and starts at £795, or roughly $1,100. Fronteering launched with the goal of preserving the wildlife, environment, and indigenous peoples throughout the world. They provide off-the-beaten-path volunteering opportunities that focus on making a positive and lasting impact on the communities that they serve.

The rural medical outreach program offered by Fronteering is a great choice for those not just with an interest in medicine, but also those determined to make a helpful contribution to the people of Madagascar. Head to a rural village in southeast Madagascar, an area hit hard by the droughts, and provide locals with much-needed medical services. With this program, you can volunteer in Madagascar for two to six weeks, with prices starting at $1795. Frontier aims to enable volunteers to become global citizens working for good. Since its founding nearly 30 years ago, Frontier has expanded to 60 countries and offers more than 400 projects worldwide. With more than 20,000 successful placements since 1989, they’re doing their part and having a tremendous impact. Frontier’s first foray into volunteer travel focused on working with the World Wildlife Fund in Tanzania, where it created the world’s first multi-user marine park. The project at Mafia Island still hosts volunteers today.

If you want to volunteer in Madagascar with Frontier, sign up for the community adventure program in Andoany. Educate children, help with community development, build infrastructure and more. The program lasts one to 20 weeks with costs starting at $945.

The Madagascar Beach Conservation program works with local agencies and international conservation teams to halt beach and marine destruction caused by an increasing population and thoughtless tourists. Frontier has been working to conserve Madagascar’s marine ecosystems for the last 15 years. Between deforestation and erosion, unregulated tourism, pollution, and unsustainable and illegal fishing techniques, this globally important treasure is suffering. Red soil running into the sea has led to the disparaging name, “the bleeding island.” Fees for one week with this important program start at $845.

No matter what your passion and skills are, you can find a volunteer program in Madagascar that’s suitable. The programs and organizations listed here are all reputable and highly recommended. With some research and careful thinking about what you want, you’ll sign up for the right program — and you’ll soon be packing your bags for magnificent Madagascar!