Volunteering to Rebuild After the Nepal Earthquake: Kerensa Clark’s Story 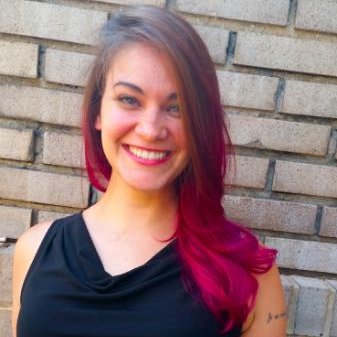 This spring, we asked the 55,000 travelers subscribed to our mailing list for their stories about volunteering, teaching, interning, and studying abroad. We were overwhelmed with the amazing responses: people of all ages and backgrounds from all over the world told us about their globetrotting adventures – why they traveled, how they helped communities in need, what they learned, and so much more. We’re excited to bring you some of the most inspiring stories in this new series!

Kerensa Clark traveled from New Zealand to volunteer in the Kathmandu Valley of Nepal after 2015’s devastating earthquake killed 9,000 and destroyed thousands of homes. Through her efforts and those of fellow volunteers – she traveled alongside a builder and an engineer – Kerensa made a difference for those who were displaced by building shelters and providing on-the-ground support. Here is her story. I feel this short space isn’t long enough to share a story well. However, I have always had a humanitarian heart – always signing petitions for causes I believed in; being aware of women’s issues in some countries where they are devalued, and so forth.

After the earthquakes in Nepal I felt especially drawn to going there (it had always been a dream of mine to trek in Nepal), but this was a different draw: I needed to help. So, within a week I had applied for leave from my teaching job, booked a flight, put a call out on Facebook for anyone who wanted to join me to help and three weeks later myself, an ex-student Sam Mckenzie and a random guy I had never met – Steve Trevella – flew to Nepal.

We had each undertaken last-minute fundraising in various ways (I also purchased water filters through Waves for Water) and we each went over with 40 kilograms of luggage – clothing that was donated, along with books, toys, shoes.

We were totally independent; no attachment to an official organisation, so all our money went directly into building shelters and providing help. This also provided us with a certain amount of freedom in terms of what we wanted to do. In some respects too however, it presented a conundrum – as there were so many different aspects needing attention; from housing repairs and rebuilds, to fresh drinking water, food basics, tools, clothing. It was heart- What are some ways you planned for this trip?

I held a fundraiser breakfast at my place of work which raised the bulk of the money I took over to Nepal. People are incredibly generous in New Zealand when it comes to Nepal. I also held a raffle with prizes donated from Trade Aid (a New Zealand shop that sells items from unindustrialized nations). I also fundraised through Waves for Water to purchase water filters which were a high priority need, especially for when we were there during the monsoon (as odd as that may sound!). Another thing I did was to phone an organization that supplies educational books to New Zealand schools to ask for reading books to be donated (which they did!). I put a call out on Facebook for clothing donations and had an incredible response from friends and family, even from random strangers in Australia! I started a Givealittle page too (New Zealand crowdfunding site), from which I posted the links to Facebook and hammered friends and family with this – I am sure they were all sick of me asking for money by the time I left for Nepal!

Our trip over resulted in us setting up Shelters4Nepal with two other volunteers we met there. This humble organization went on to place over 30 new shelters plus a children’s education center built through donations along with help and support from donors of Kay Garnay for Nepal.

This small local NGO based in Changunarayan (a short distance from Kathmandu) was developed by an incredibly giving woman I had met by accident, called Amanda Summers. Some of the funds raised through Shelters4nepal went on to support this NGO and the work they do in and around the village of Changunarayan. Amanda is an American who has been living in Nepal for many years now. She has a huge heart and is always thinking of new and innovative ways to develop and nourish the local community. In my mind, she is living the dream! She actually housed us for free for the entire time we were in Nepal, which is incredible. Amanda also runs a guest house and retreat in Changunarayan, Starview Guest House, which also serves as a base for Kay Garnay and the volunteer program operated through the NGO.

I would highly recommend checking out this NGO for anyone wishing to have a truly authentic Nepal experience as a volunteer, as Amanda has so many years living in this country and has great “insider” knowledge. What are your top pieces of advice for travelers embarking on a similar experience?

I think it is vital to talk to the locals – they KNOW what they need. Also, be prepared to do things their way on their time!

Do not try to force western ideas and ideals on a population of people who have lived in a traditional lifestyle for thousands of years – whilst it may seem the right thing to do, it actually isn’t. Respect their culture and history. Tread softly and listen to what they want for their rebuild after these earthquakes. What’s something unexpected that happened during your travels?

I wasn’t really prepared for the power outages they have every day in Nepal. They had a system of load-shedding, which was purely political in its basis. This meant that we could only use power during scheduled hours. This also changed randomly! The load-shedding is not happening as much anymore. India has financed a dam (remember Nepal is rich in water coming off the Himalayas, but poor in infrastructure), and a more stable power supply is in place. At the time it was really frustrating as we had to churn out as many shelters as we could. Steve and Sam both brought over cordless drills with them from New Zealand, but we had to source welding equipment. That was a true test of the boy’s patience as the equipment was old and kept breaking! We even had to build welding masks using three pairs of sunglasses taped together, as there are no Home Depots in Nepal!

It was also filthy – litter everywhere, especially plastic water bottles. I was totally unprepared for the level of litter and waste in Nepal. All the pictures we see in the West make it look so pure – and in a sense it really is – yet our advances in technology have ruined some of Nepal’s purity. This could be a great project – to introduce recycling and develop a culture of caring for the spaces, other than in an agricultural context.

Another surprise for me was the stray dogs everywhere – it was incredible. There are kind people there who care for them but largely they are neglected, mangy and full of disease. I also feel there is huge potential in managing the stray dogs in Nepal. There was a wonderful vet there in Bhaktapur doing amazing work, who came and helped Kay Garnay NGO in Changunarayan by de-sexing and rabies vaccinating the local stray dogs. His organization Bhaktapur Animal Welfare Society (BAWS) runs off donations and they do have volunteers What’s something interesting you learned or a new skill you gained as a result of your travels?

I want to say that the biggest thing I learnt is that Western society is very closed compared to Nepal’s society. Nepalese people are such open, kind-hearted giving people. When we built a shelter, they were so incredibly grateful. Families that had been displaced and were left with literally nothing, would invite us into their “home” and give us food; food they really could not afford to give away. We could all do with learning from that.

I also learnt that the monsoon in Nepal means it absolutely buckets down every single day usually in the afternoon, and that it’s hot! We were building in very high temperatures and really looked forward to the refreshing monsoon rains on our walk back to Starview each evening. There are however leeches that stick to your ankles when walking through the deluge. I learnt a few Nepali words and phrases that I have never forgotten. I have also witnessed the possibility of two very different religions living harmoniously side by side. Nepal is home to both Hinduism and Buddhism; the two co-exist so peacefully. What a lesson for the Western world. What was your favorite part of this trip?

Seeing the looks on people’s faces when we finished their shelter. Priceless. Just everything about the country really. I loved the smell. It hit me as soon as I stepped off the plane – an exotic mix of spice, smoke, rain… Would you go on another trip like this again? Are you planning other travels anytime soon?

I would LOVE to go back to Nepal. I am always planning but the reality is I have been unable to afford to – “life” gets in the way. I would love to spend two – three months teaching there also. I am also keen to be involved in any projects which enhances the rights of girls in Nepal – education and so on. One day I would also like to be able to fulfill that lifelong dream of mine – to trek in the Everest region. Learn more about Kerensa’s travels to Nepal and how you can help ongoing efforts in rebuilding this beautiful country by visiting thewellnessrevolution.organd heartandhandsnepal.com.

To learn more about disaster response and volunteering in Nepal, please visit:

Volunteering – Why Are You Really There?