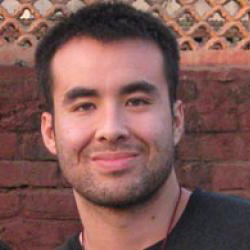 Volunteer Forever fundraiser, Melanie, has raised $2,800 for her volunteer trip to Nepal! Melanie will volunteer with the organization, Restoration Works International, to help restore a 300-year-old Buddhist temple.

We’re super excited to share Melanie’s fundraising secrets with you!

1. Can you tell us about your cause? What organization are you fundraising for?

Melanie: I’m traveling to Nepal this October to help restore the Chhairo Gompa, a 300-year-old Buddhist temple in the Lower Mustang region. I’ll be joining a team with Restoration Works International, an American non-profit that has been working with the Chhairo Gompa community since 2005. When the project started, the property was in ruins, but today it’s an operating monastery with seven young monks in residence and community plans to farm the surrounding land, develop cottage industries, and start a school to teach Thangka painting (an ancient Buddhist art). The funds I’m raising through Volunteer Forever are going toward my program fee, the majority of which will stay in the country to support the local craftspeople’s salaries and to purchase the building materials and tools for the ongoing restoration. I’m paying for my travel and related expenses personally. I heard about Restoration Works International through a National Geographic list of unusual volunteer vacations. Since I’m an architectural historian, the chance to work on a completely new (to me) type of building in an exotic locale was intriguing, to say the least. I’m thrilled they’re using historic building methods—rebuilding, in the same manner, it was built originally—reusing as many materials as they can, and sourcing everything else from nearby. I believe that the preservation of our cultural heritage is important from a sustainability perspective. Our traditions and our stories are what make us human, yet our heritage is at risk from development and conflict. The project in Nepal demonstrates how the protection of our past can lay the foundation for a sustainable future. The project is community-led and focuses on long-term economic and cultural sustainability for a refugee Tibetan community that had been struggling to survive previously.

2. How did you let your friends and family members know about your fundraising campaign?

Melanie:  I reached out to close family and good friends through individual emails first. I told them about the project, why I wanted to be involved, and provided a link to my Volunteer Forever page. In the email, I let them know that I had made a video there and requested their financial assistance. I knew that they would be supportive and could get the ball rolling. And, wow, did they get it rolling. Thanks to their donations, I reached 40% of my goal in my first week! I then started sending individual emails to other friends. After that, I started contacting people who I have worked with historic preservation since I knew they would have a shared interest in a project like this.

3. How did you follow up with potential donors who were initially unresponsive?

Melanie: Before I got started, I laid out a plan for the campaign that included a blog post every week. That gave me a reason to reach out to everyone on a regular basis, both those who had already donated (with a group “supporter update” email) and those who were potential donors or who were interested in hearing about how it was going even if they couldn’t give financially (also with a group update email). I’ve endeavored to make each blog post something interesting about the project and the community because I wanted my donors and potential donors to be as invested in the project as I have been. In this, Restoration Works International did much of the work for me. I mined their YouTube channel, their Flickr albums, and their Facebook posts for the material. One week I posted a link to a previous volunteer’s essay and illustrations of the project. The sketches are beautiful and her essay was moving. Another week I posted a video about the head lama at the gompa, Shashi-Doj, who is a world-renowned Thangka painter. The video demonstrated his methods and work. When I purchased my airplane tickets and insurance—which was a big milestone—I posted about that too.

Melanie: The first week of my campaign, I shared the link to my Volunteer Forever page through Facebook in a private family group. I only just recently posted my campaign to all my Facebook friends. It had been going so well through email and personal communications that I waited until my campaign hit a bit of a lull. But now that I’m more than halfway, and I’m down to less than 25% to go, I plan on posting to Facebook at least once a week until I reach my goal. I link to a blog post as I have been doing in the update emails I’ve been sending to my donors and potential donors.

5. How helpful was the fundraising video for the campaign?

Melanie: I created a short video before I got started and posted it on my page from the beginning. It was a fun project that took me an afternoon to do. I used a free video-making website, photos from Restoration Works International’s Flickr page, and free music that came with the video-making software. Through the video, I was able to share the beauty of the region and show the full extent of what is being accomplished at the site in a way I couldn’t do in words alone.

6. Are there any specific donors that you would like to thank?

Melanie: Every single one of them! I have been awed by the generosity of my friends and family. I’ve reconnected with individuals who I hadn’t spoken with in years and cemented relationships that I now value more than ever. I’ve actually run out of ways to say thank you (please send your synonyms for ‘thankful,’ ‘grateful’ my direction!), but that hasn’t stopped me from trying anyway. I find myself sending thank you texts, followed up by thank you emails, and then thank you comments on my page, and then thank yous in my weekly updates and blog posts. I plan to bring back small Nepali gifts for each of my donors.

Melanie: Keep following up. If you’ve chosen a good program, then the funds you’re raising are going to make a true difference. Your friends and family will want to have a part in that. And make a plan. Especially if you have a long fundraising campaign because it can be difficult to keep the momentum up.

8. What was the most important thing you did that contributed to your fundraising success (or anything else that you want to add)?

Melanie: I think it helped that I chose a project that tied so closely to my career and to the interests of many of my friends. I was also able to demonstrate that the project has made a real difference in the community. There’s a healthy bit of skepticism out there about volunteering abroad (the word “voluntourism” makes me cringe), so I think it’s important to demonstrate to potential donors that the project you’ve chosen has a track record of success. Everyone expects that you’re going to be having a great time, but they’ll be more generous if they know you’re having a dream trip while you’re making a real difference.

Volunteer with Buddhist Monks: Teach English or Work in a Monastery

Volunteering to Rebuild After the Nepal Earthquake: Kerensa Clark’s Story

By Sarah Vandenberg 14 May 2017
Places we've been featured